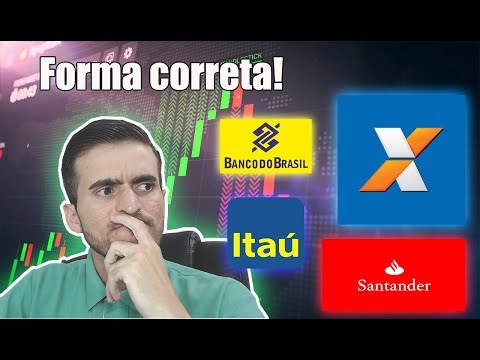 Here's vids on themes of the alt right (racism & xenophobia, capitalism, transphobia, queerphobia, misogyny, statism, rhetoric) & the stupidity of some of the creators in or making a pipeline to it in bold (before that, watch Contrapoints' video on the fetishisation of "free speech" & how it's misinterpreted; Does the Left Hate Free Speech.
If anyone can mirror these vids, given they'll likely be mass flagged if used to any significant extent, that'd be great. For any that require age verification, nsfwyoutube should usually work if you haven't got a google account or your account/browser isn't allowing viewing.

Before we get into the other videos, here's some reading on the "Irish slave" myth: https://medium.com/@Limerick1914/the-imagery-of-the-irish-slaves-myth-dissected-143e70aa6e74 & here's a video on it by The Unemployed Historian: https://www.youtube.com/watch?v=8GhuimR2Kis
Black Lives Matter
Non white cultures
From Nothing, an African history channel run by an African American, has made:
Race & IQ subsection (If you're a race "realist", start here)
Other forms of race "realism" subsection (If you're a race "realist", start here)
Immigration subsection
Islamophobia
Confederacy
Holocaust Denial
If you want reading, take a read of this: https://web.archive.org/web/20190514135040/http://www.nizkor.org/ or this: https://www.hdot.org/debunking-denial/ (or both) & if you're going to be a denier, never rely on the work, or derivatives of the work, of David Irving, as he was proven in court to be a liar: https://www.bailii.org/ew/cases/EWHC/QB/2000/115.html; this thread may also be helpful: https://www.reddit.com/AskHistorians/comments/549oah/holocaust_questions/


Creators on the right being counterfactual

This is quite comperehensive: https://www.reddit.com/musicotic/comments/8ttud4/a_comprehensive_defense_of_trans_people/
For the gender abolitionists among anyone reading, I encourage you to watch Gender Abolition? by Anarchopac: https://www.youtube.com/watch?v=vAKcixWvxYM
WoMeN & GiRlS SpAcEs
Transgender Children
ROGD (The first 3 say roughly the paper is bunk, the 4th regards the correction issued by PLOS)
Non-binary Folks
A Note On Sex (not the NSFW kind) As A Spectrum For The Chronic Transphobe
1: Words are invented for their utility for describing things.
2: "Sex" is a word invented to have utility in describing all sexual variation.
3: Sex is typically defined as a binary that is set from birth, by social conservatives. I will call this the "stuck binary" model from here, not a technical term, just a clear phrase I made up just now.
4: Sexual variation is a binomial spectrum (https://twitter.com/ScienceVet2/status/1035246030500061184), partially made clear in intersex folks; or even that the same person can have 2 sets of chromosomes in the same body (XX & XY in different places, for example) or be infertile if you're basing your classification on gametes.
5: Transgender folks can (but don't always) change thier primary & secondary sexual characteristics with surgeries & medicine
6: Science cannot make claims that we ought to make a category but those participating in the creation of science can observe that something(s) exist(s).
Conclusion: Given premise 2, the utility of the word "sex" is diminished when used (as in 3) synonymously with the "stuck binary" model as it does not (4 & 5) accurately describe sexual varition as it is supposed to. Given 6 it is up to us whether we use a different word, redefine the word, or give up on having a word, as science cannot tell us from what does exist, how we ought to make categories from that data.
As I do not want to make the word "sex" entirely useless since it can still serve good utility describing sexual variation if redefined, sex ought be redefined as a spectrum with a binomial distribution in line with what is actually true about sexual variation, & be applied in such a way that the assignment is not static, in line with accurately representing the bodies with which we seek to apply the word.
Where you may disagree:
If you don't think the word "sex" ought to describe all sexual variation including modification of those sexual characteristics, that's an option (though it can & will & does have awful consequences for those who don't fit neatly into 2 option schema as detailed in the linked thread & in many places elsewhere), but you can't just defer to science & say it decides for you what you ought to do. People can make ought claims about categories & words, science (as far as it is the systematised description of reality) cannot. Only we can say "this is that & this is this other thing & that is that other thing & you over there don't even get to say you have a sex", categories weren't around before there were people to make them up.
BUT
This logic is too often circular (pointed out to me by this vid by 2 NB Polish socialists, "Biological sex as a spectrum" by TransGrysy: https://www.youtube.com/watch?v=igjhN5puQIk, it's English subbed & I urge you to subscribe to them & donate to them if you can afford it since the leftist presence is much lesser in Poland) where transgender folks & intersex folks are disregared as abberations or failures of nature or similar as justification for not changing the model of sex from the "stuck binary" model to something actually representative of sexual variation, but the only reason this is said is because they differ from the "stuck binary" model. It justifies the model on the basis that the model is currently used, which is frankly ridiculous circular logic.

Queer history
Queerness In Non-Human Animals
If you couldn't be bothered to read this page: https://en.wikipedia.org/wiki/Homosexual_behavior_in_animals; here's some videos:

While I have you here, The ManKind Intiative (https://www.mankind.org.uk/) does great work helping guys who are victims of domestic violence, donate to them or your local equivalent of them if you can.

Today we’re proud to deliver MAME 0.194, the first MAME release of 2018. Following on from the optimisation in last month’s release, MAME now features a Hyperstone E1-XS recompiler, giving substantial performance improvements in a number of Korean games. Several issues affecting cheats, lua scripting, the internal debugger, and disassembly have been resolved. We’ve added support for the prototype Atari game Cyberstorm, and Gaelco’s Last KM which was designed to integrate with an exercise bike. This release expands and improves support for TV games with fixed software. Additions include the TV Boy II, Super TV Boy, and Radica Space Invaders. Emulation has been substantially improved for games using NES-derived hardware from V.R. Technologies.
The flow of LCD handheld games shows no sign of abating This month we’ve added Thief in Garden, Super Double Dragon, Vindicators, Skeleton Warriors, and The Incredible Crash Test Dummies. There are plenty more improvements to FM Towns emulation in this release, allowing more games to boot and fixing graphical errors. The Matsushita MyBrain 3000 and closely-related Ericsson Step/One have been promoted to working. Acorn Electron peripherals have been overhauled and several new options are available.
In arcade emulation, we’ve got improved graphics emulation for Nintendo’s Popeye, and support for two more bootleg versions. There are also improvements to graphical effects in several Data East games, and improvements to IGS PGM2 emulation making Knights of Valour 3 playable. Plenty more alternate versions of supported arcade games have been added. One does deserve a mention, and that’s Bioplaything Cop, a prototype of Gaelco’s Biomechanical Toy.
As always, you can get the source or Windows binaries from the download page.

VanDarius Cowan punched a hole in Alabama's depth chart. Missing on some sought after recruits, Bama's ILB depth was going to be a little thin in 2018, especially after Keith Holcombe made the decision to focus on baseball. His return to football remains a possibility, however unlikely.
As of right now, this is our depth chart
1st Team: Mack Wilson, Dylan Moses
2nd Team: Joshua McMillon, Markail Benton
3rd Team: Ben Davis, Jaylen Moody
That's it.
Our three deep has a combined four starts to their name: two for Moses and two for Wilson. Granted, both players, particularly Wilson, have seen plenty of playing time; and the first string really isn't a concern with those two.
The same cannot be said of the second and third teams, however. Joshua McMillon, a redshirt junior, is the most experienced of the bunch; but that's not saying much. McMillon redshirted in 2015 and didn't see the field in 2016. He played in eight games in 2017, almost exclusively in blowouts. He was a 4 star, top 250 recruit; so he has talent. It's just untested.
Markail Benton, a redshirt freshman, is likely ahead of Ben Davis, who has bounced back and forth between outside and inside linebacker. Benton obviously saw no playing time last season, so he's a virtual question mark.
Ben Davis has an extra year on Benton; but they have virtually the same amount of experience, with Davis only having only played a few snaps against Mercer. Still, Davis does have that extra year in the program; and, with the lack of depth at ILB and the abundance of riches at OLB, he likely can focus solely on ILB.
Jaylen Moody is a true freshman who just joined the team in May. He was a 3 star recruit the staff turned to late in the process as a back-up option for the recruiting class. The staff liked him enough to give him a scholarship, so he's not some scrub or anything. Still, he was a back-up option.
Outside of those guys, there are very few options. Holcombe could return to the football team. Say what you will about his limitations, but he would provide extremely valuable veteran leadership and solid depth.
Keaton Anderson was a 3 star linebacker recruit coming out of high school, and he was listed at 215lbs then. He redshirted his first season before becoming a standout special teams player. Anderson was converted to safety before the 2016 season and is listed at 201lbs now. He would need to bulk up in the next two months, but he could probably play ILB in a pinch. Anderson is described as a high football IQ guys.
Christopher Allen played outside linebacker as a freshman in 2017, and he was a DE/OLB in high school. At 6'4, 242lbs, he has the build to play ILB; and his high school had, uinsurprisingly, some glowing words about him.


“His speed as a linebacker is incredible,” Randall said. “I haven’t clocked him, but he has to run 4.5 (40-yard dash) at the worst. He’s a guy who can play sideline to sideline, and he can take on blockers. He’s worked so hard to improve his pass coverage. He’s already long, and with his speed, he already had an advantage.”


In addition, I'm sure Saban and company will have some other contingency plans. Other current outside linebackers will likely take some reps inside, if only to prepare them for emergency situations.

<iframe src="https://www.googletagmanager.com/ns.html?id=GTM-WN69JL" height="0" width="0" style="display:none;visibility:hidden"></iframe> William T. McKenna, Psy.D. Dr. William McKenna . is a proud Richmond native and is excited to be serving in his hometown! He is a Licensed Clinical Psychologist, and his expertise includes providing psychological evaluations for such issues as ADHD, personality disorders, trauma, psychosis, and disabilities. A binary option is a financial exotic option in which the payoff is either some fixed monetary amount рублёвые бинарные опционы or nothing at all. Опционы. The two main types of binary options are the cash-or-nothing binary option and the asset-or-nothing binary option. If it seems that risk appetite is still at a high with no potential changes to the market themes in sight, then the chances are we could see the trend continue.. If you’re fairly confident that market sentiment will favor a risk-on environment, you could consider purchasing a “call” option on a risk currency or asset (e.g., Australian or New Zealand Dollar, Equities, Commodities, etc.) Christopher G. Long August 27, 2020. Rethinking ‘Zombie Reaganism’ Doesn’t Mean Rejecting Our Best Traditions. Rachel Bovard August 14, 2020. Subscribe Today. Subscribe